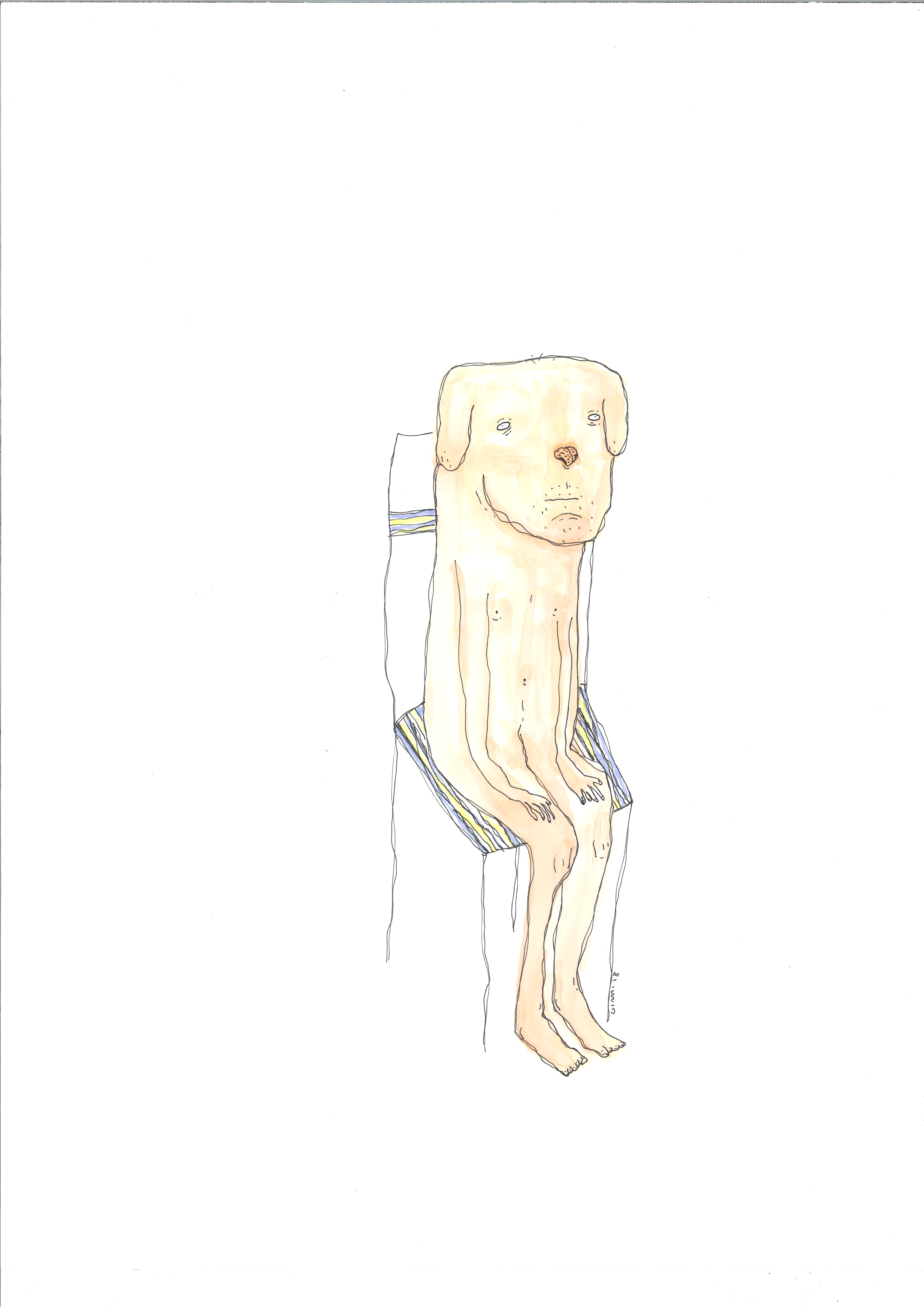 Vitrine Blanche #13 // The Human In Me // GINNNI
Curators : Damien Sahri and Stephanie Fenner

Under the motto „humans are the better dogs“ GINNNI unifies parallels between dogs and humans. Wether interpersonal relationships oder situative behaviour pattern, it seems, that we choose unfreedom to avoid isolation. Isolation let the soul becomes stunted. There‘s nothing more terrifying for people, than loneliness. So it is worth it, to give up some freedom to become a part of something, even when it’s only a feeling. What we are feeling is safety, which overcomes us by sinking in the suffocating crowd. Just like a dog, who subordinates himself, to get a place in the pack. An animal stemming from wolves, but tamed to enjoy the benefits of being safe. Some dog loves his impotence so much, that he’s able to carry his own leash. Although freedom and individuality means a lot to the modern human being, the independence o fit keeps him in utter despair. What would be, if he would make own decisions? Maybe at least he wouldn’t be so overwhelmed by spending a day alone, only with himself.

Virginia Bartocha a.k.a GINNNI lives in berlin since 2 years. She wanted to become a biology and philosophy teacher and studied at Freie Universität Berlin. But she quit her studies and now spends the freed up time with drawing and working on graphics. Next year she wants to study visual communication design. GINNNI gets most of her ideas from her everyday life. She likes to look on her behaviour from a different and critical perspective.